Recent Tweets regarding Uber Argentina accepting Bitcoin are the result of an old story being recirculated and not based on facts whatsoever.

The purposefully ‘bullish’ article titled ‘Uber Switches to Bitcoin in Argentina After Govt Blocks Uber Credit Cards‘ (published by Cointelegraph in 2016), which Crypto Twitterati re-earthed, was embellished and pandering to Bitcoin fans without delving into the facts.

The article found itself re-shared in 2018 by Anthony Pompliano with the following words:

(Pompliano is an outspoken cryptocurrency proponent, Founder & Partner at Morgan Creek Digital, and a writer who analyzes crypto news for institutional investors via a daily newsletter with a Twitter platform of 159K followers)

The Tweet caused a flurry of social media likes, responses, shares, and YouTube videos from crypto fans praising adoption. More worryingly was the publication of a number of equally un-researched articles further propagating a non-factual misconception like this article — which even caught the CEO of Binance (with a Twitter fanbase podium boasting 220K followers) commenting ‘Nice!’ on Pompliano’s tweet. It was later deleted but at the onset added more light to something which should never have seen the light of day to begin with.

As shown by several respondents:

Following the tweet and being skeptical of crypto news/social media I asked a reliable source — Mariano Otero, the General Manager of Uber Argentina about their reported use of Bitcoin and how that adoption has evolved in those 2 years, something which I would think professional writers and analysts would check or at least be curious about…

The following response was far from what Pompliano and publications like Cointelegraph had pandered to cryptocurrency adopters:

^Payments were processed in USD and Uber does not accept Bitcoin anywhere — hate it or love it that’s the truth.

Crypto publications and crypto ‘influencers’ (e.g. anyone with a huge social media podium in excess of 100K followers) should be following the credo of every trader or hodler — Do Your Own Research, or at least not spinning the information into non-factual bullish or bearish sentiments to influence the market.

The crypto market, with it’s comparatively low liquidity, is open to market swings based on sentiment as we have seen in the now comically legendary ‘Korea FUD’ news releases which later have been debunked as fake & purposefully manipulative news, but only after causing significant PR damage and triggering large sell offs, rarely issuing retractions or publicly apologizing for sloppy or criminally negligent reporting.

Even recently mainstream media did the rounds with an article shared by CNBC and sourced from Business Insider, erroneously claiming that “Goldman Sachs is ditching near-term plans to open a bitcoin trading desk.”

This reportedly triggered a huge sell off which plummeted BTC price from 7.4K USD to 6.4K USD in 45 minutes and was later debunked:

I never thought I would hear myself use this term but I really have to describe that news as “fake news.”

As you can see — in the two links above, there was no retraction or update owning up to the publishing of criminally incorrect information even after a statement from the CFO. So for all the casual reader knows: this is fact and will continue to be seen by anyone else googling ‘Bitcoin’ & ‘Goldman Sachs’.

Stop back soon for more cryptocurrency news, or subscribe to MCN and never miss a story. 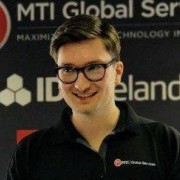 About the Author
Andy K

Andy, K. has BA in International Relations from DCU along with some minor diplomas in Project Management and Digital Marketing. Currently based in Strasbourg, working remotely within the blockchain start-up industry, taking a break from the daily drudgery of a 9-5 job in Dublin, Ireland - Europe's IT Capital whilst travelling around continental Europe sampling the local food & beers!

Judge rules ICOs could be subject to securities law